June 1st - A taste of things to come 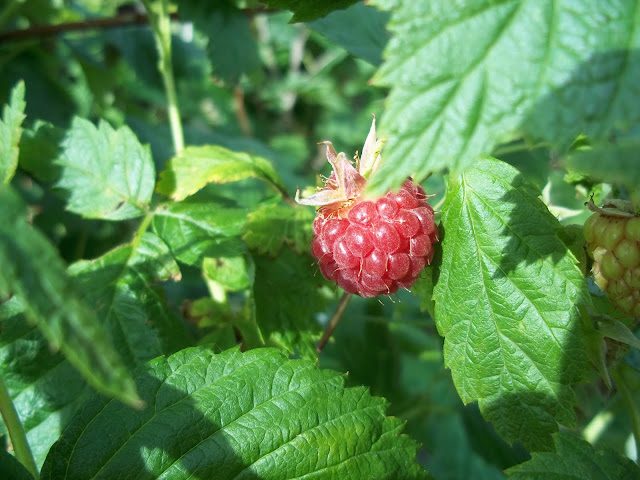 A lovely juicy raspberry!  I have had three already, but as I love my chickens so much I donated them to the girls, one each, they gratefully gobbled them up!  We like these in the summer with a dollop of vanilla ice cream or a big pile of squirty cream. 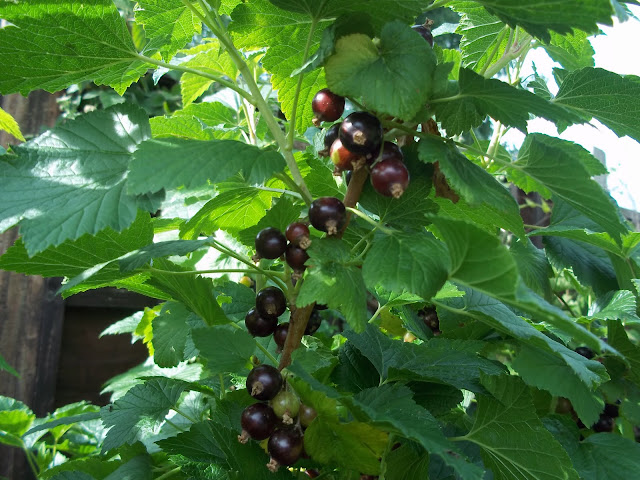 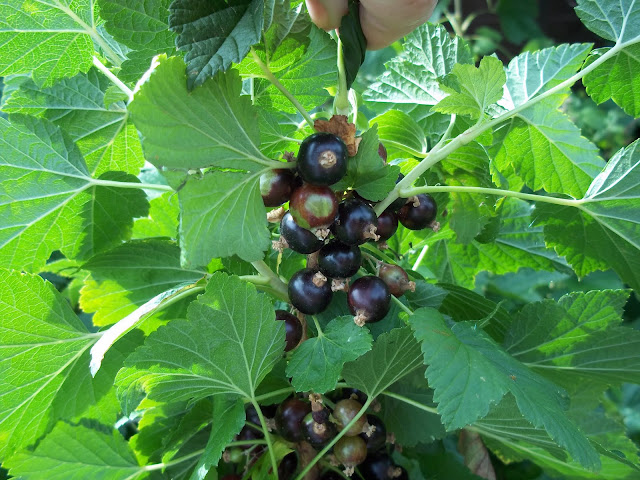 This blackcurrant bush moved house with me about seven years ago, it crops heavily every year and the blackcurrants make delicious jam or jelly.  They are very sour until they are perfectly ripe.  I know when they are ripe because the Blackbird raids the bush so I pick 95% of them in one day and freeze them.  I have given up on strawberries for the time being as 'something' likes them more than we do and they all get eaten.  I love summer fruits.  Hooray for June and Summer sunshine.
I have been enjoying a weeks holiday, tidying the house, ironing, tidying the house and ironing!  In between I have been cooking and hooking!  I should have some crochet to show you tomorrow.  Also I am experimenting with the slow pot and I am rather excited to see the results in the morning.  I am attempting to make Yogurt in the slow pot for the first time. 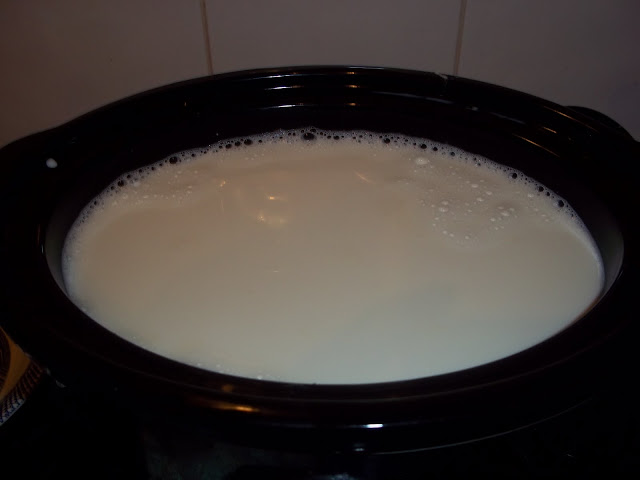 Now anyone who knows me will tell you, I rarely do things by halves. We like yogurt.  We really do, but if this works, I will have made enough for the street!  It reminds me of Peanuts when 'Lucy' and Charlie Brown have a 'Lemonade Stand'.  I may be selling yogurt tomorrow, or donating it to The Salvation Army.  If it works I will tell you how it is done.  I could be having a raspberry with yogurt for breakfast in the morning!
Posted by Inthesky at 22:56