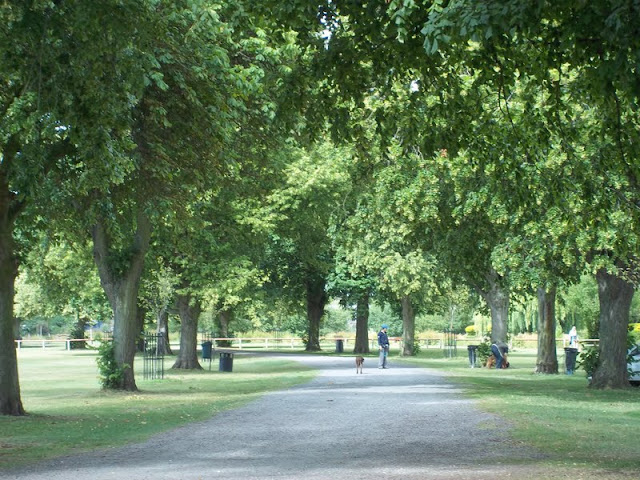 My youngest son told me he had a Teacher Training Day on Friday.  I didn't believe him I thought he was trying to trick me into giving him the day off school.  I asked his teacher and he was right.  No school on Friday.  We decided after I did some errands in a local town to go for a picnic at the park.  We did not have a picnic basket though.  We bought some Cheese Scones and Welsh cakes from the Country Market, run by The Women's Institute.  We then got some vine tomatoes, peas in their pod and a bag of cherries (and crisps).  We popped in to a Charity shop, looking for books and look what we found... 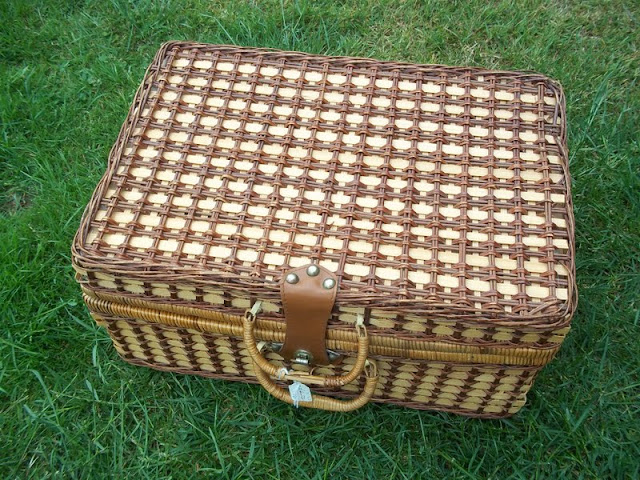 It still has it's price attached, it felt like Sale of the Century and we bought it for the princely sum of £3.25.  My son was over the moon with its perfection and totally against my ideas of revamping it.  I would like to reline it with cute, pink, cupcake fabric.  I am also on the look out for prettier cups and plates. 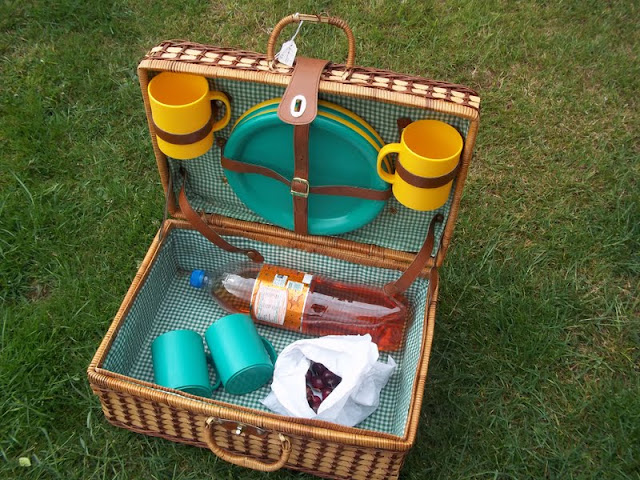 We promptly filled it and put it to use.  The Green Gingham even contrasts with our Green Picnic Blanket. 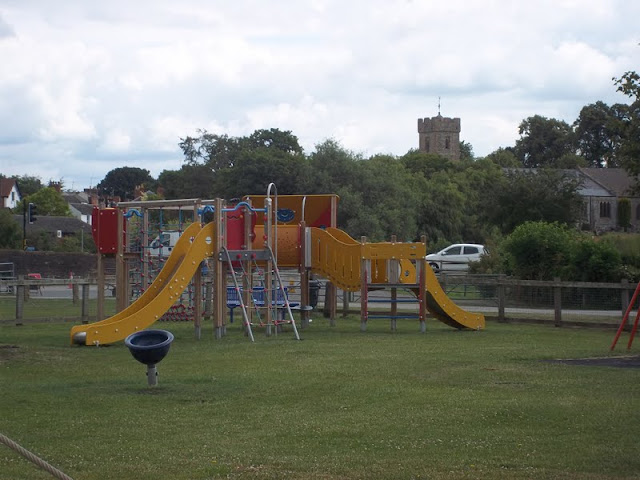 We went to the park at Bidford Upon Avon.  A nice little town on the river. 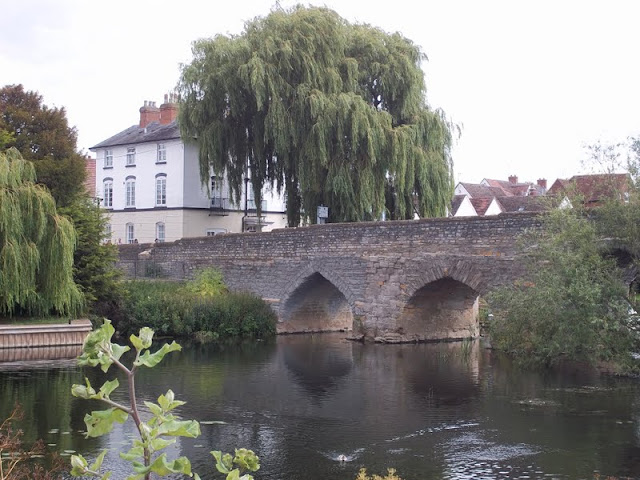 We played some Football, Basketball and Catch, but I drew the line at Rugby, I fear I may have squashed the little fella with an over zealous rugby tackle. While Euan was busy at the park I even managed to crochet peacefully away, working on my 'portable project' another pair of socks.  You would be amazed how much hooky time I spend in the car waiting for kids when I play at being a taxi driver! 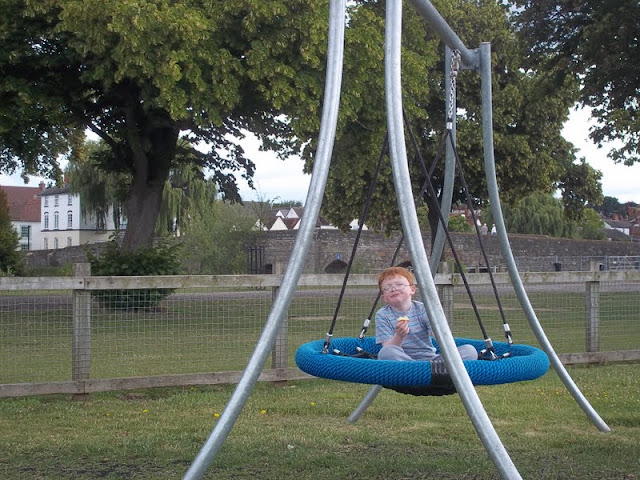 We have four more weeks of school then we break up for the six week Summer Holiday.  We are definitely on countdown.