The Angels of Bicycles Have Come up Trumps 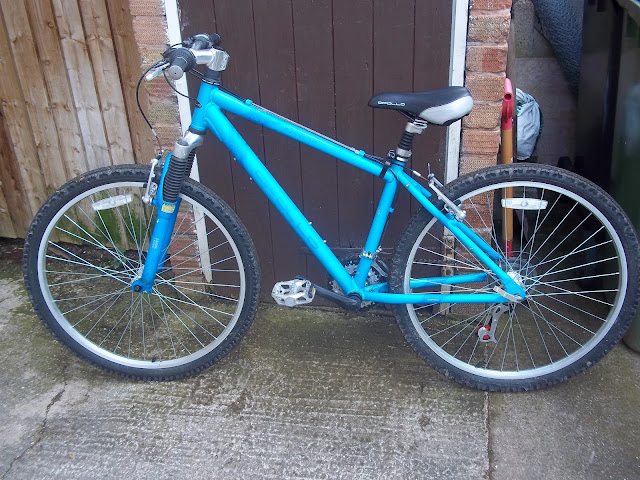 Delighted I be!  I believe in 'The Angels of Parking', 'The Angels of Thrift', 'The Angels of Yarn' and now. . .
'The Angels of Bicycles'.  I have been hankering after a bike for a while now.  I gave my old one away on 'Freecycle' as it was a monster.  I had not really ridden on it much but it was like riding/driving a Sherman Tank.  I have always had a bike from very little.  I am not exactly built for speed anymore and cycling is now my idea of an 'Extreme Sport'.  It provides as much of an adrenalin rush as I can cope with.  I had a fall of a bike when I was about 17 and it was no joke!  I have been looking at bikes and going to various bike shops but I had not quite found what I was looking for, for a price I wanted to pay.
This morning my parents neighbours put out three bikes for the 'Scrap Iron Man' to collect.  My dad explained I was after a bike and the neighbour said 'help yourself'.  Seriously I think this bike is great.  I am just back from my Maiden Voyage.  Euan was behind me coaching (as usual) 'keep your balance Mom', 'Your are doing great Mom'.   I actually went fast!  Wind in my hair, free wheeling down a big hill shouting 'Yaaaaahoooooo'!   I cycled for a grand total of ten minutes!  I am building up slowly as I am no martyr to pain. 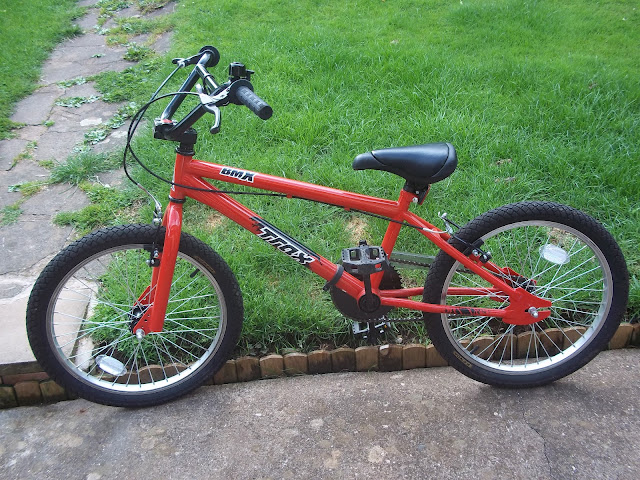 Euan loves his bike too.
Posted by Inthesky at 17:05