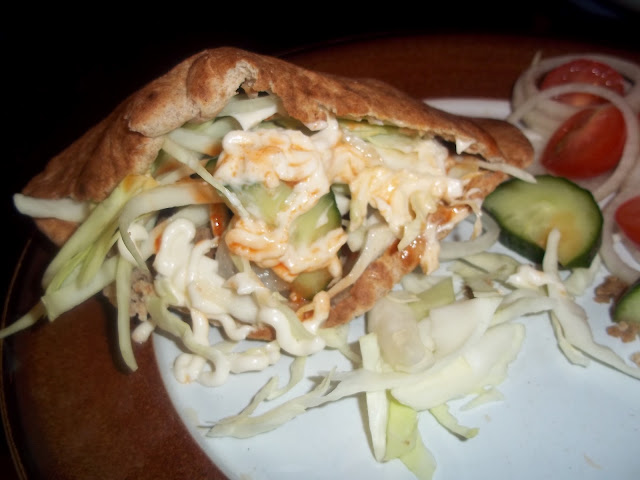 It looks nearly as bad  good as one you would buy from a Kebab shop.  Kebabs are a guilty secret for me.  I am ashamed to say I rather like um!  I try not to think about the origins of the meat and how it got from animal to it's large 'spit'.  I also try not to think about how long the large lump of lamb has sat in the shop going round and round.  I dare not think about the calories or Weight Watcher points . . .but now I think I may have found a perfectly acceptable compromise.  It is much lower in calories than a shop bought version and much kinder on the purse.  It was a hit with the boys too.  I substituted some of the ingredients using fresh garlic in large amounts and leaving out the onion. 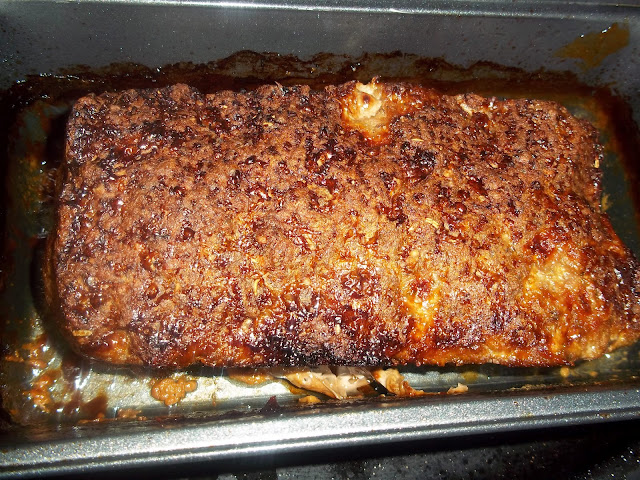 It makes a juicy Lamb Meatloaf that you then slice as thinly as possible. 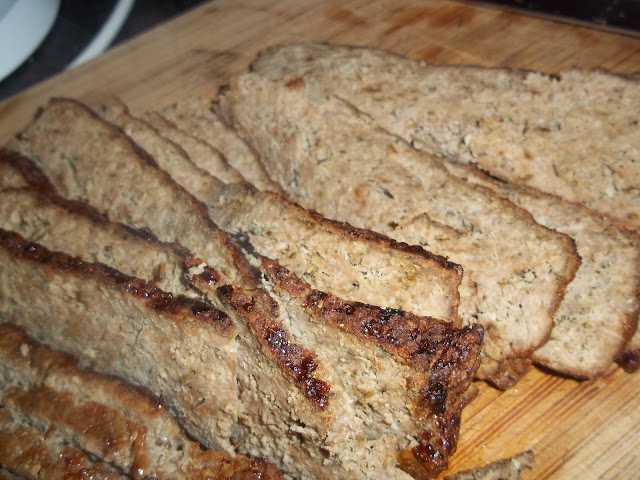 Lamb Doner Kebab – Serves 4  Ingredients 1tsp dried oregano½tsp dried Italian herbs½tsp garlic powder½tsp onion powder¼tsp cayenne pepper1tsp salt½tsp black pepper500g lean lamb minceInstructionsPreheat oven to gas mark 4/180C/350FIn a large bowl, combine the dried oregano, dried Italian herbs, garlic powder, onion powder, cayenne pepper, salt and black pepperAdd the lamb mince and mix thoroughly for 2-3 minutes. Take out all of your aggression on the kebab mixture, punching and kneading until no air pockets remain and the kebab meat is extremely smoothShape the seasoned mince into a loaf and place on a baking trayBake in the middle shelf of the oven for 1 hour 20 minutes, turning the loaf half way through the cooking to ensure even browningOnce cooked, remove from the oven and cover with foil. Allow to rest for 10 minutesSlice the doner kebab as thinly as possible and serve with pitta, salad and sauces.
Posted by Inthesky at 18:38